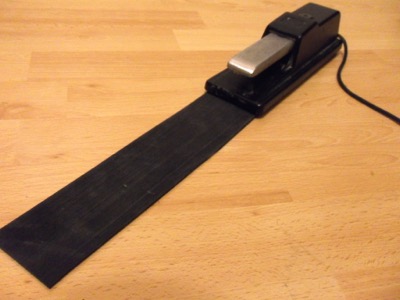 Rigid elastic under the pedal to prevent it from slipping.
I’ve always had this problem with my pedals slipping under the keyboard. If I forgot to “blunder”, they go back. Sometimes I had to slip under my stand to bring them back to their place.

The principle of this trick is the same as that of the Wurlitzer sustain pedal with its long metal strip at the front which sits under your foot. The heel blocks the band and prevents the pedal from moving forward with each press. The principle is simple, “mechanical” and above all immediate, even on slippery floors such as tiling. 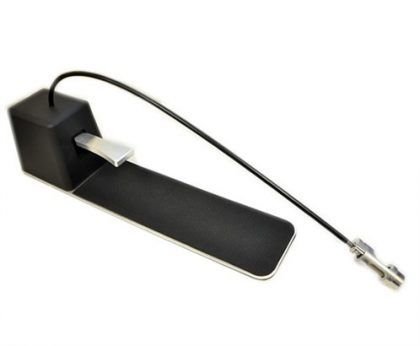 I bought a single 40cm rigid rubber band from a hardware store that I stuck under the sustain pedal. It can also be screwed on but remember to stick a felt on the head of the screw to avoid scratching the floor. You won’t need to gaff duct tape or waste money on ineffective anti-slip.

This site uses Akismet to reduce spam. Learn how your comment data is processed.

Take off your shoes. If you play in your socks, you’ll feel it slip and be able to recover it!